We discovered the Franklin County Animal Control in Winchester, Tennessee just down a residential lane right next to the sewage treatment plant. It is a tiny aging building with no lobby, no indoor kennels, and just off the office, next to the front door there is still a gas chamber originally used to kill dogs. 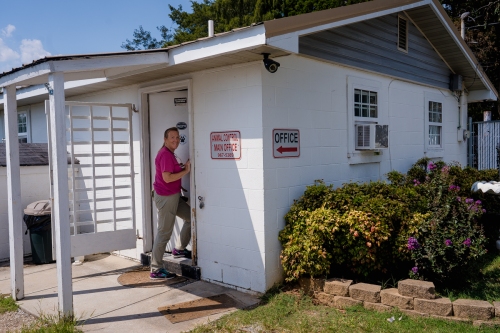 The day we visited, the gas chamber space had been repurposed to give a nervous mama dog and her puppies a safe and quiet space. Heather, one of three animal control officers (ACO) at Franklin, explained that it might look bad but it was better than housing the mom and pups in the noisy kennels outside. 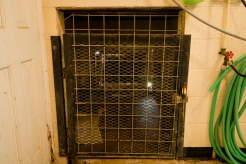 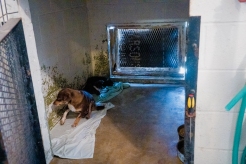 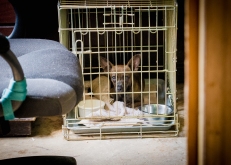 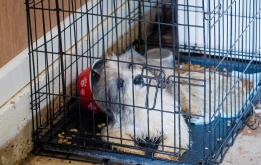 Heather finds a place for nearly every dog. Even as hard as she works to move dogs out through rescue, and shuffle and repurpose, Franklin still had to euthanize dogs for space this past May. Cats are an even bigger problem. The shelter has euthanized over one hundred this year. The pain of this reality is etched on Heather’s face as she explains that as an ACO she is also a certified euthanasia tech.

Heather is a practical woman with an easy smile and a friendly manner, despite her crisp ACO uniform. She seemed so very hopeful in a situation that, frankly, leaned hard toward hopeless.

We walked past kennels as Heather shared stories of dogs who had been abandoned by owners who were incarcerated, long gone, unable or unwilling to care for them, and two dogs who arrived that day after their owner committed suicide. One of the dogs had bloodstains on his fur. All of the dogs were housed outside either in a wide garage-like space or in wire kennels lining a gravel yard. I didn’t ask why the dogs weren’t given names, only numbers, but supposed it was because as the ACO, Heather was the one who would be responsible for euthanizing them if necessary. 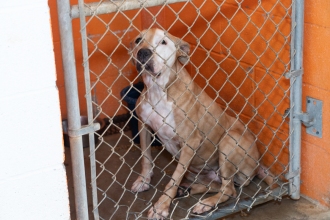 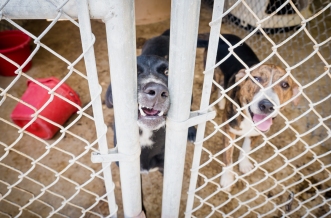 We asked Heather which dog had been at Franklin County the longest and she introduced us to a small, black dog who bounced in his kennel. We pulled him out and played fetch with him in the side yard. He was young, maybe thirty pounds, and happy as can be. His number was Seventeen. 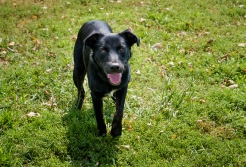 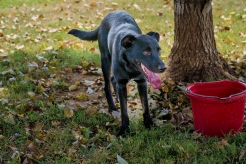 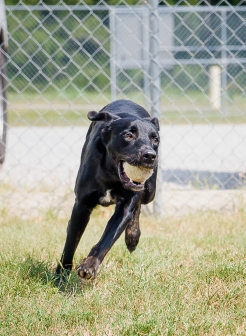 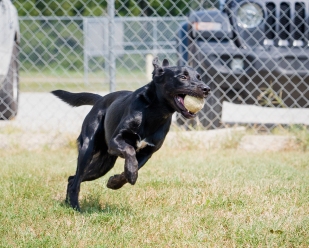 I told Heather that Seventeen seemed very adoptable to me. Adoptable or not, his best chance at getting out of Franklin alive was through rescue. Which is why Heather works so very hard to make that happen.

When she is not at the kennels or out on AC calls, she works the phone and the internet connecting with rescues, getting dogs to the vet in preparation for the transports she arranges or drives herself. She doesn’t have software to edit the dog’s pictures at work, so she does that at home after cooking dinner and taking care of her family. I don’t know what an ACO makes in Franklin County, TN, but I’m willing to bet it’s not enough to cover the hours and heartache she sacrifices, yet she does it day after day despite the primitive facility and the lack of resources.

The budget for Animal Control in Franklin County covers rabies and distemper shots, but little else. The kennels are small and sparse with a bucket of water and a food bowl and nothing else. The dogs that live outside in the wire kennels have igloo dog houses that surely become ovens in the glaring Tennessee sun. As if reading my mind, Heather explained that the county is supposed to be installing an awning over the row of kennels that gets no shade.

Because the shelter utilizes female inmates to clean the kennels, no volunteers are allowed in to visit the dogs (not that there are any offering to). So the dogs might get a few minutes in the play yard while their kennel is being cleaned, but no walks or enrichment toys to break up the monotony of their day or treats or even beds for a moment’s comfort. We met two other ACOs in the office briefly when we arrived, but they did not join our tour or interact with the dogs while we were there.

To be honest, Franklin County was the most depressing facility we’ve visited all week. I have to wonder how much more depressing it would be if Heather were not there for the dogs. I can’t imagine many of them would make it out alive. There are very few local adoptions and only a handful of people ever come looking for their lost dog. It’s as if Franklin itself has been forgotten. I would imagine very little has changed at the shelter in the last decade or two. Very little except for the presence of this remarkable woman who is doing everything she can to save these dogs that it seems no one else in Franklin County can be bothered with. 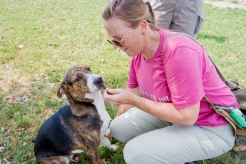 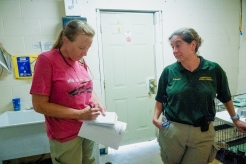 I want to help Heather, but the only thing I can do is beg OPH to pull Seventeen and watch what I write so that I don’t anger any of the powers that be. I don’t want to get her in trouble for simply allowing us to see the truth of this shelter because I know without Heather those dogs have zero chance.

But it doesn’t have to be this way.

We drove through Franklin, it didn’t seem any worse or better than dozens of towns we’ve driven through on this tour. I refuse to believe that this community wants a shelter like this. What I do believe is that this community isn’t aware that their tax dollars are paying for a shelter that is no more than a holding pen for dogs until they can be shipped out of the county or euthanized.

I can’t believe that anyone who owns a pet in Franklin County would be okay with that pet living in a place like the County’s Animal Control shelter. I’m certain if they were aware that big dogs were held in kennels that barely allowed them to turn around, were given nearly no exercise or play or treats or toys or even a soft spot to lay down, they would be angry. They would want different.

I don’t know what the shelter budget is in Franklin County, but I have to wonder if it is any more than the budget at Cheatham County ($60,000) where happy dogs are nurtured by volunteers and staff in a bright, progressive space. Surely, Franklin County can afford more than dog food and distemper shots.

The animals in Franklin County have no voice except Heather’s and she is only one person. She can’t possibly find a rescue for over a thousand animals a year, but she sure comes close. Just think what she could do with resources and volunteers and an actual shelter!

She deserves the chance to find out, and so do the dogs. It is time to step up Franklin County. These are your dogs. This is your shelter.  It doesn’t have to be this way.

Be sure to subscribe to this blog to see upcoming posts of all our visits as we make our way down through Alabama and back to Tennessee. We can let the dogs out, but it will take all of us. Please follow, share, and comment on here, on Facebook, and on Instagram. This problem persists not because people don’t care, but because they don’t know. Help us tell them.

2 thoughts on “It is Time to Step up Franklin County, Tennessee” 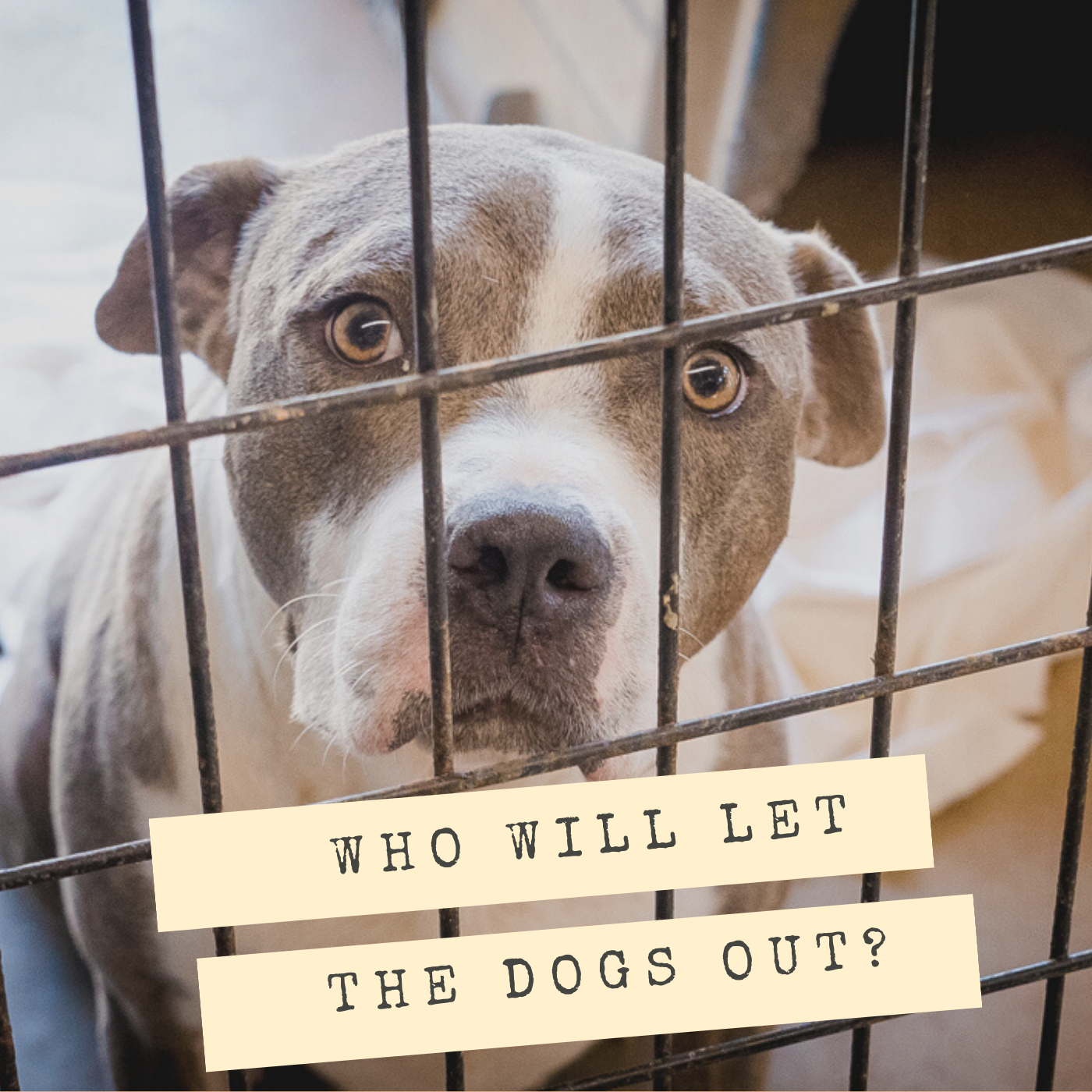 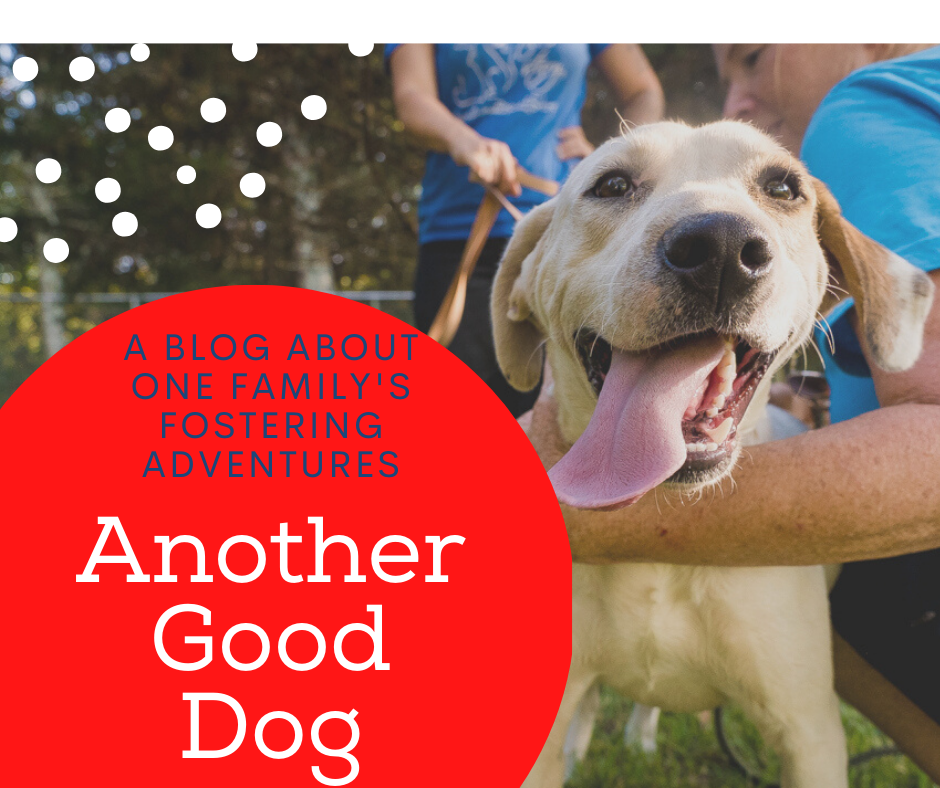